If you thought that the only place to find a Venus flytrap was in a pot on your windowsill, think again! These extraordinary plants can actually be found growing in the wild in the United States.

Read on to learn more about where these fascinating plants are found and what conditions they need to thrive.

Venus flytraps are found most commonly in the United States in bogs, swamps, and other nitrogen-poor environments. The plant is found growing mainly in North Carolina and South Carolina, but there have been found in northern Florida and surprisingly in New Jersey.

In What Type Of Environment Do Venus Flytraps Grow

, but they cannot tolerate being waterlogged.

The Venus flytrap is a carnivorous plant that grows in nutrient-poor environments. The plant gets its nutrients from the insects it traps. Venus flytraps are found in boggy, swampy areas with moist, sunny conditions and good airflow.

The plant needs lots of water, but it cannot tolerate being waterlogged.

Yes, Venus flytraps are quite rare. They grow naturally in only a small area of the world, and even within that area they are not especially common. While Venus flytraps can be found in cultivation all over the world, they are still considered to be fairly rare plants.

What Kind Of Soil Do Venus Flytraps Need 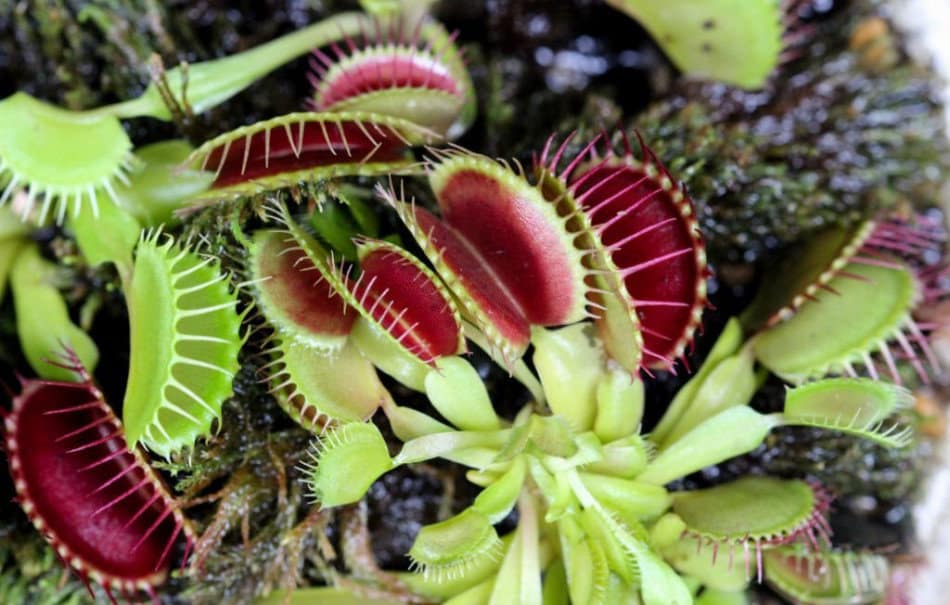 The ideal soil for a Venus flytrap is one that is acidic, with a pH level between 4.5 and 5.5. Flytraps also need soil that is high in organic matter, such as compost or peat moss.

When potting a Venus flytrap, it is important to use a pot that has drainage holes in the bottom. This will help to ensure that the roots do not become waterlogged, which can lead to root rot.

It is also a good idea to place a layer of gravel or rocks in the bottom of the pot before adding the soil, as this will help with drainage.

If you are growing your Venus flytrap outdoors, make sure to choose a spot that gets plenty of sunlight. Venus flytraps are native to North Carolina and prefer humid conditions with temperatures ranging from 60 to 70 degrees Fahrenheit.

How Much Sunlight Do Venus Flytraps Need

Venus flytraps need a lot of sunlight in order to grow properly. They should be placed in an area where they will receive at least six hours of direct sunlight per day. If they do not get enough sunlight, they will die.

In addition to needing a lot of sunlight, Venus flytraps also need a lot of water. They should be watered regularly, and the soil should always be moist. However, it is important to make sure that the soil is never too wet, as this can cause the roots to rot.

If you provide your Venus flytrap with the proper amount of sunlight and water, it will thrive and be healthy. However, if you do not give it enough of either one of these things, it will not survive for very long.

Do Venus Flytraps Need To Be Watered Often 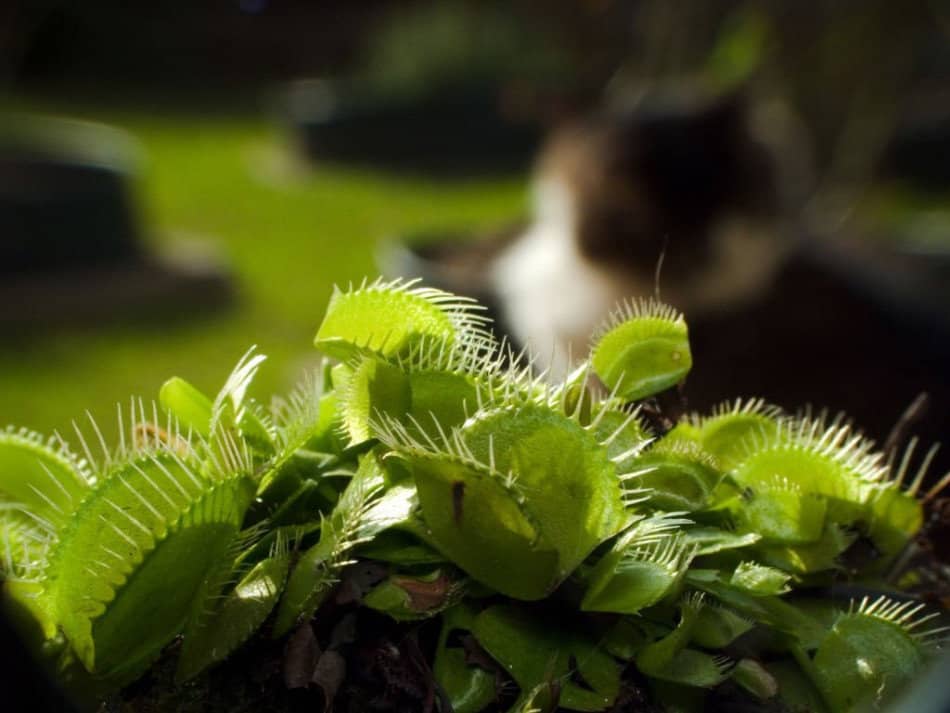 In general, Venus flytraps should be watered when the soil is dry to the touch.

If you live in an area with high humidity, you may not need to water your Venus flytrap as often as someone who lives in a drier climate. The important thing is to make sure that the plant does not sit in water for extended periods of time, as this can cause root rot.

What Pests Or Diseases Can Affect A Venus Flytrap

There are a few pests and diseases that can affect a Venus flytrap. One of the most common is root rot, which is caused by too much moisture in the soil. This can kill the plant, so it’s important to make sure that the soil is well-drained and not waterlogged.

Another common problem is fungal infections, which can cause the leaves to turn yellow or brown. If you see any of these problems, you should remove the affected leaves and increase the ventilation around the plant.

Aphids, spider mites, and thrips are all common pests that can infest a Venus flytrap. These insects can suck the sap out of the leaves, causing them to turn yellow or brown.

If you see any of these pests on your plant, you should try to remove them with a cotton swab or a soft brush. You can also use insecticidal soap or neem oil to get rid of them.

Venus flytraps are also susceptible to disease, although they aren’t as common as pests. One disease that can affect them is powdery mildew, which appears as white or grayish powder on the leaves.

This disease is caused by too much humidity in the air, so it’s important to make sure that your plant has good ventilation. If you see powdery mildew on your plant, you should remove the affected leaves and increase the ventilation around the plant.

It is evident that Venus flytraps grow in many different types of environments. They can be found in rainforests, deserts, and even in your own backyard.

Although they are native to North and South Carolina, they have been known to adapt to different climates. When growing Venus flytraps, it is important to pay attention to the specific needs of the plant in order to ensure its success.

link to Do Cacti Produce Oxygen? The Science Behind Photosynthesis

Read This Article
link to Are Cactus Hollow? The Truth Behind These Spiky Plants!