There are two types of sumac

: the edible kind and the poisonous kind. The two look very similar, so it can be hard to tell them apart.

In this blog post, I’ll show you how to identify the poisonous sumac so that you can avoid it.

Difference Between Sumac And Poison Sumac 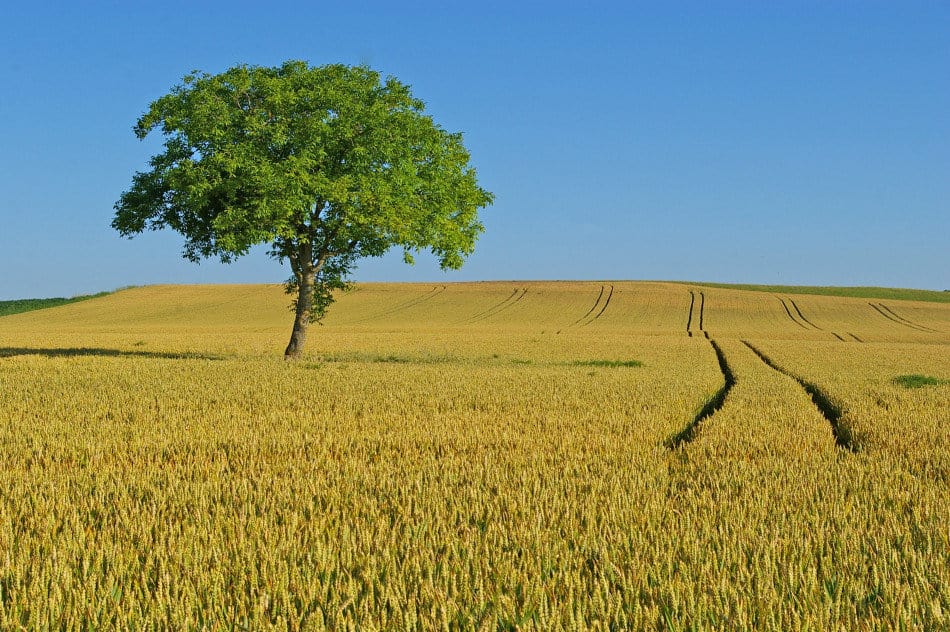 There’s nothing quite like a leisurely hike through the woods on a sunny day. The smell of the trees, the sound of the leaves crunching underfoot… it’s all very relaxing. But then you see it.

A plant with glossy green leaves and clusters of red berries, just begging to be touched. Resist the urge! That plant is poison sumac, and its oils can cause severe irritation and blistering if they come into contact with your skin.

Both plants belong to the cashew family, but poison sumac is much rarer than sumac and is found primarily in wetland areas of the eastern United States.

Poison sumac has seven to thirteen leaves per cluster, while sumac usually has five. So next time you’re out for a walk in the woods, take a moment to ID your greenery before you give it a good ol’ fashioned hug.

What Is Sumac And Where Can You Find It

Sumac is a flowering plant that belongs to the cashew family. It is native to North America, where it can be found in woodlands and open fields.

The plant has small, greenish-yellow flowers and red berries, which are used to make a tart, lemony spice. Sumac is often used as a seasoning for grilled meats or in Middle Eastern dishes such as hummus and tabouli.

It can also be used as a natural dye for fabrics and yarns. When used as a dyestuff, sumac produces a yellow-green color.

The Difference Between Edible And Poisonous Sumac 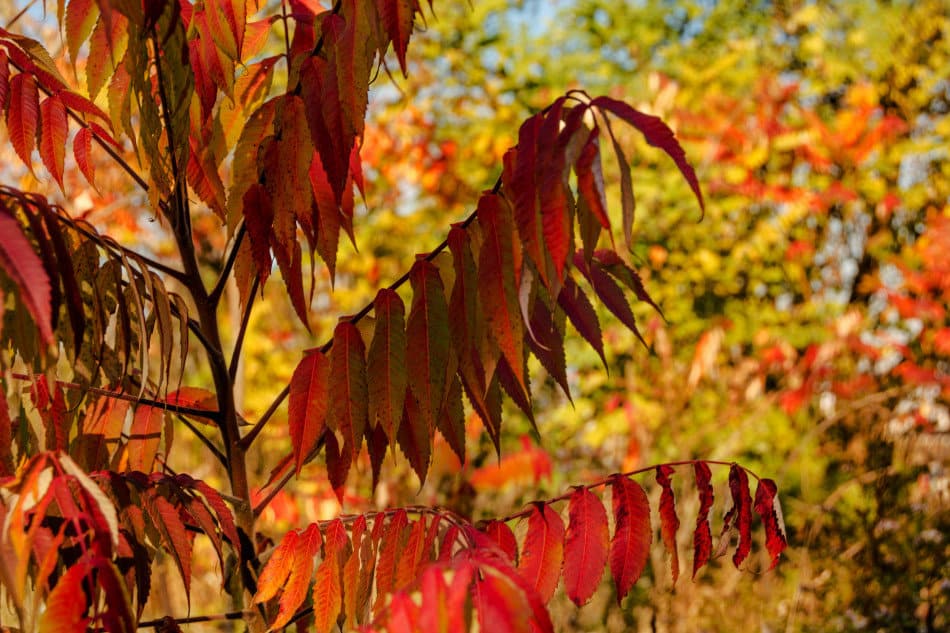 When it comes to sumac, there’s good news and bad news. The bad news is that some types of sumac are poisonous. The good news is that the edible kind is actually quite delicious.

Edible sumac also has a lemony flavor, while poisonous sumac is extremely bitter. Of course, it’s always best to err on the side of caution and consult a expert before eating any plant-based food.

But if you’re feeling adventurous, why not give sumac a try? Just be sure to choose the right kind!

How To Identify Poisonous Sumac

Poison sumac is a beautiful, but deadly plant. It grows in swamps and bogs, and can reach up to 30 feet tall. The leaves are green in the summer and turn a bright red in the fall.

The plant produces small white berries that look like grapes. If you come into contact with any part of the plant, you will experience a severe allergic reaction.

The first symptoms are small red bumps on the skin. These bumps will turn into blisters, and if left untreated, can lead to anaphylactic shock.

If you think you have come into contact with poison sumac, it is important to seek medical attention immediately.

You should also avoid touching or trying to remove the plants, as this will only make the reaction worse.

What To Do If You Accidentally Eat Poisonous Sumac

If you accidentally eat poisonous sumac, the first thing you should do is call your local Poison Control Center. They will be able to advise you on what to do next.

If you have any symptoms, such as difficulty breathing or swelling of the face, lips, or tongue, you should go to the emergency room right away.

However, if you only have a mild rash, the best thing to do is to take an antihistamine and wait it out. The good news is that most people who eat poisonous sumac will only experience a mild case of gastrointestinal upset.

So, while it’s not a pleasant experience, it’s not likely to kill you. Just be sure to call Poison Control if you have any questions or concerns.

Tips For Using Edible Sumac In Your Cooking

Sumac is a versatile spice that can add a tart, lemony flavor to any dish. It’s also incredibly easy to use – simply remove the berries from the stem and grind them into a powder using a mortar and pestle.

Here are a few tips for getting the most out of this flavorful spice:

With its bright flavor and ease of use, sumac is a great way to add zip to your cooking. So go ahead and give it a try – your taste buds will thank you!

Sumac may be a pretty plant, but it’s important to know which kind you’re dealing with.

With a little practice, you’ll be able to identify the poisonous sumac in no time. Stay safe and enjoy nature!