is a beautiful perennial plant that can be enjoyed in the garden for many years. However, sometimes it may become necessary to remove crocosmia from the garden.

This article will provide instructions on how to get rid of crocosmia.

How To Get Rid Of Crocosmia 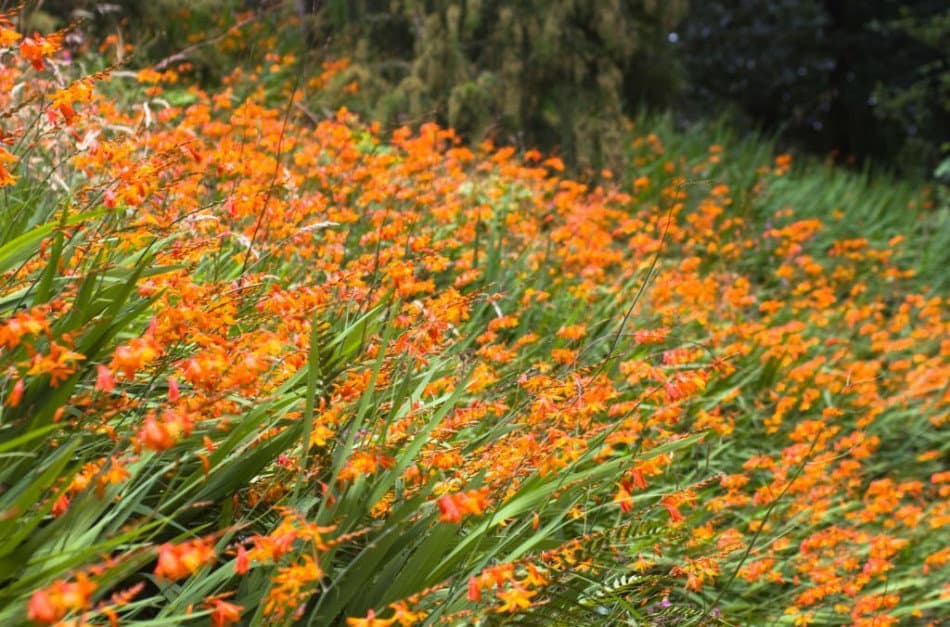 If your garden is overrun with crocosmia, don’t despair. While this plant can be difficult to get rid of, there are a few methods that may help.

One approach is to physically remove the plants by digging them up or cutting them back. However, this can be time-consuming and may not be effective if the roots are left in place.

Another option is to smother the crocosmia with mulch or black plastic, which will prevent sunlight from reaching the plants.

Herbicide treatment is the most effective way to control crocosmia. glyphosate-based products are effective at killing the plant, but it may require multiple treatments.

With a little patience and persistence, you can eventually get rid of crocosmia for good.

How To Stop Crocosmia From Spreading

If you’re looking for a plant that will give your garden a boost of color with very little effort, crocosmia is a great option.

However, as any gardener knows, plants that are easy to care for often have a tendency to spread rapidly. Crocosmia is no exception.

This vibrant, fast-growing bulb can quickly take over a garden if left unchecked. The good news is that there are a few simple steps you can take to keep it under control.

Thinning out the planting is the primary solution. When crocosmia becomes too crowded, it tends to produce smaller flowers and its foliage begins to turn brown.

By pulling up some of the plants, you’ll give the others room to flourish. You can also spread a thick layer of mulch around the base of the plants to help inhibit their growth.

With a little bit of effort, you can easily keep crocosmia from taking over your garden.

Is Crocosmia An Invasive Plant 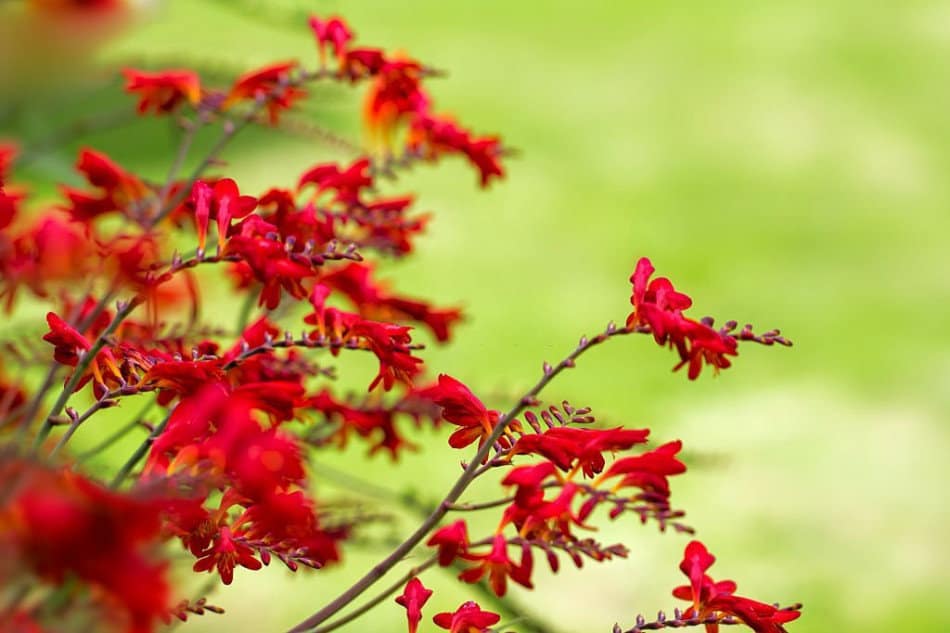 Crocosmias, also known as montbretias, are a type of flowering plant that can become invasive. The Montbretia cultivars in particular spread rapidly by way of their creeping stolons.

Crocosmias’ invasive nature is a larger problem in some U.S. states than other states. In many states, including in California, the plants’ invasive potential is limited.

However, in other states crocosmias can wreak havoc on local ecosystems. One way to prevent the spread of these plants is to be careful when disposing of them.

If you have a crocosmia that you want to get rid of, it’s best to take it to a local landfill or compost facility rather than leaving it in your yard where it could spread.

Can You Leave Crocosmia Bulbs In The Ground

Crocosmia bulbs are more cold hardy than other summer-blooming bulbs, so you can usually leave them in the ground over winter. Cover them with a layer of mulch to insulate them from severe cold snaps.

However, if you live in Zone 4 or below, lift the corms, store them in a cool, dry location, and replant them in the spring.

While crocosmia bulbs are tough enough to survive in the ground over winter, they may not bloom as well the following summer. If you live in an area with very cold winters, it’s best to lift the bulbs and store them indoors.

When replanting in the spring, make sure to choose a location that gets full sun and has well-drained soil. With proper care, your crocosmia bulbs will thrive and provide beautiful blooms for many Summers to come.

Does Crocosmia Come Back Every Year

Crocosmia is a perennial plant that blooms in the summer. The plants will return to bloom again the following year. There are many varieties of crocosmia, and they range in color from yellow to orange to red. The flowers are pretty and trumpet-shaped, and they make great cut flowers.

If you’re curious about whether crocosmia comes back every year, the answer is yes! The plants are hardy and will bloom again each summer. You can expect the flowers to be just as beautiful as they were the previous year. In fact, you may even find that the plants produce more flowers in subsequent years.

Do I Have To Dig Up Crocosmia

However, if you live in an area where crocosmia is considered invasive, you should consider removing the plant. In general, it is always important to be aware of the potential impact of non-native plants on local ecosystems and to take appropriate steps to manage them.

If you do decide to remove crocosmia, it’s best to do so in the early spring or fall, when the plant is dormant. Digging up the entire plant, including the corms, will help to ensure that the plant doesn’t re-grow. Additionally, you should properly dispose of the corms or plant them somewhere appropriate.

How Do Crocosmia Spread

Crocosmia spreads primarily through its corms, which are underground storage structures that resemble bulbs. The corms grow and divide over time, forming new corms that can produce new shoots and flowers.

In the wild, crocosmia can also spread through the seed that it produces. However, seed production is relatively uncommon and it can take a while for seed-grown plants to start flowering, so corm division is a more common method of propagation.

Crocosmia is not a very aggressive spreader, but if not controlled it can colonize an area and form large clumps that can crowd out other plants. Therefore, it is important to be aware of the plant’s behavior and spread rate in your area.

Does Crocosmia Grow Back

Crocosmia can grow back if the corms are not removed when the plant is dug up. The corms can survive underground for several years, and they can continue to grow and produce new shoots and flowers even after the above-ground parts of the plant have been removed.

How Do You Stop Crocosmia From Flopping

Crocosmia, also known as montbretia, is known for its tall spikes of brightly colored flowers, but it can sometimes develop a tendency to flop over, which can detract from its appearance and make it difficult to see the flowers. There are a few ways to prevent crocosmia from flopping:

Crocosmia, also known as montbretia, is a popular perennial flowering plant that adds a touch of bold and vibrant color to gardens. However, despite its beauty, crocosmia is prone to certain problems that can affect its growth and beauty.

While crocosmias are beautiful plants, their invasive nature can be a major problem. There are several ways to control them, but the most effective is herbicide treatment.

If you have crocosmia in your garden, it’s important to keep an eye on them and take action before they spread too far.